Ken Trawick got his start in this business early, working for Trawick Construction during summers while in high school at Chipley High and college 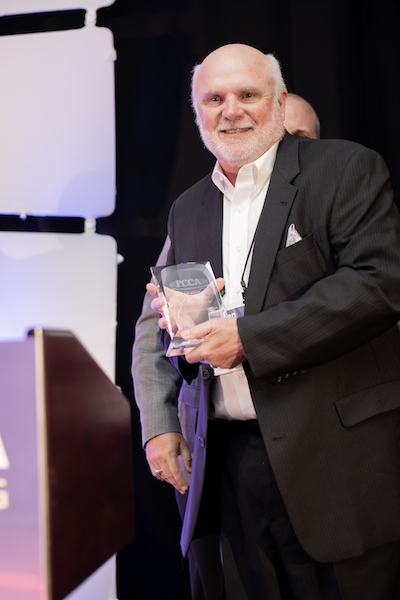 at Texas A&M University, where he was a member of the Corps of Cadets. He graduated from A&M in 1970 with a commission as a 2nd lieutenant in the Unites States Airforce and a degree in mathematics.

On graduation day, Ken married Kati, and they have been married for 51 years and counting. He completed four years in the Air Force and returned to Chipley, Florida, and Trawick Construction. Even though Ken’s last name was on his company truck, his father and cousin who ran the company believed that every employee should start in the field in order to understand the business from the ground up. Ken spent the next 30 years working in various capacities, including crew leader, estimator, project manager, customer account manager, and finally as part of the senior management team.

After Trawick Construction was purchased by Quanta Services in 1999, Ken served as vice president of Quanta in 2001-2002 and president of the Telecommunications Division from 2004 until he retired in 2012.

In the early 1980s, PCCA Hall of Famer Ken Atkinson began preaching to Ken about PCCA. He and Katie had busy lives with two young boys at home but finally made it to their first PCCA convention in Calloway Gardens in 1986 and they were hooked

Ken served on the PCCA board of directors and finally as president of the association in 2000/2001, and he presided over the largest Mid-Year Meeting right at the Samoset Resort. Ken also presided over what is still the largest annual convention in PCCA history at the Registry Resort (now the Naples Grande).