PCCA inducted Winston Weaver into the PCCA Hall of Fame on September 25, 2015, during its Mid-Year Meeting in Charleston, SC.

Marion Weaver founded Rockingham Construction on February 5, 1937, after the Rural Electrification Act was passed in 1936 and seven months after the local electric co-op was formed. For the first 20 years, the company was 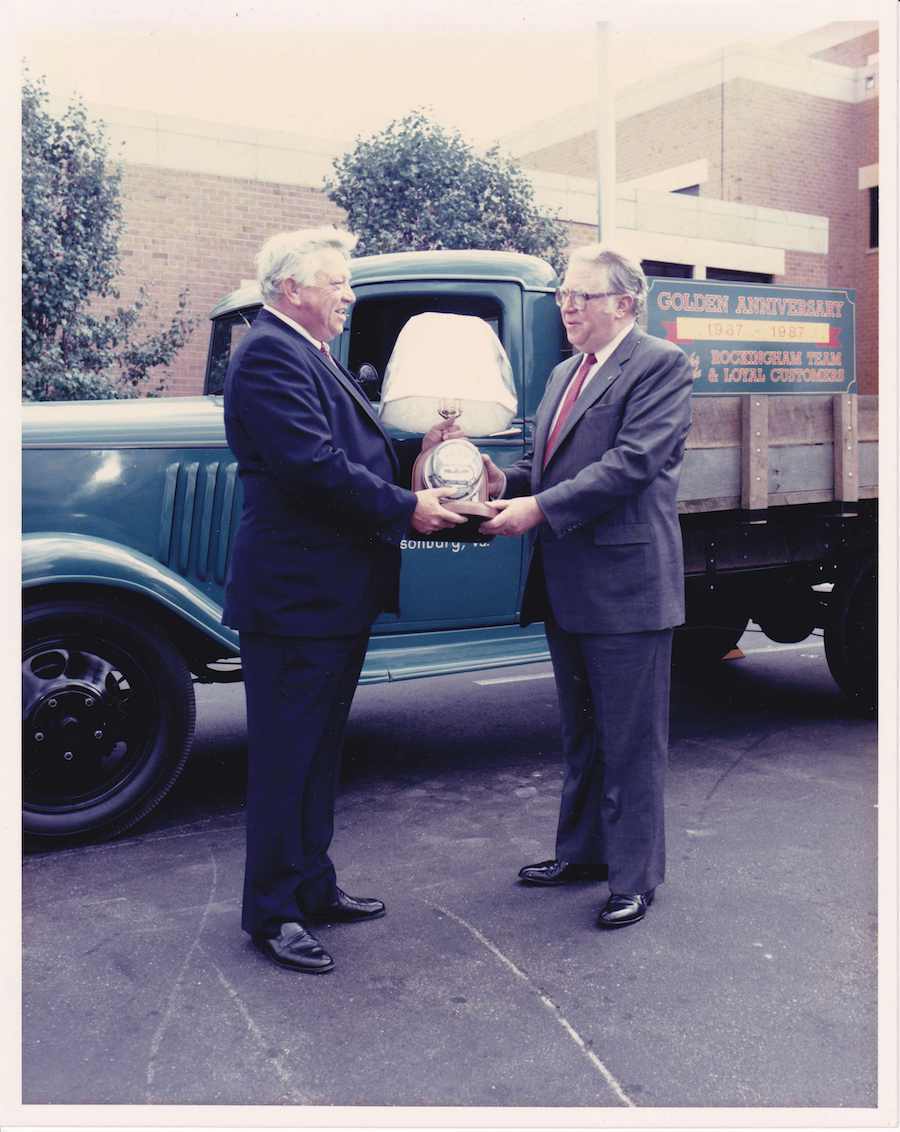 primarily engaged in overhead electric power pole line distribution and transmission work. There was virtually no work available during World War II except for some maintenance and additions to the electrical systems on military bases. Rockingham's real growth came after the war when they built substations, rural telephone systems, cable TV systems, and stadium lighting systems for schools. The company also cleared and maintained right-of-ways and had a commercial and private building division.

Winston O. Weaver began working at Rockingham Construction part time in 1940 while in school. After World War II, he returned home to complete college and work part time, and then full-time after graduation.

Winston and his father signed their first contract with Pepco on December 8, 1950, and the company has continued working on the utility's system ever since. In 1952, Winston successfully opened the company's rural telephone division and began cable TV work a few years later. The untimely death of his father, made Winston responsible for the business at age 34.

The business continued to thrive. In the early 1960s, Winston opened Rockingham Builders to do all phases of underground work, including power, telephone, and cable, including fiber, gas, and various conduit and manhole jobs. That part of the business merged with Rockingham Construction in 1986.

Rockingham Construction built many thousands of first-time REA lines in rural areas of the Mid Atlantic States, literally turning on the lights in much of that region. The Weavers were told by their customer and the fiber manufacturer, that Rockingham was the first private contractor to receive and install fiber optic cable.

Rockingham has been a PCCA member for more than 45 years, and Winston O. Weaver was a long-time Board member and served as PCCA President in 1985-86. But his most enduring legacy in our association occurs every year on Sunday morning during our Annual Convention--the PCCA Prayer Breakfast. After receiving enthusiastic support from PCCA leaders, Winston organized the first PCCA Prayer Breakfast in January 1973 at the Arizona Biltmore. And that wonderful tradition carries on to today.