PCCA inducted Gary Vermeer into the PCCA Hall of Fame on March 7, 2015, during the 70th Annual PCCA Convention in Aruba.

Gary J. Vermeer was the founder and chairman of Vermeer Corporation, in Pella, Iowa. He is known for his innovation and contributions to the agricultural and industrial equipment industries and for his philanthropic efforts that touch 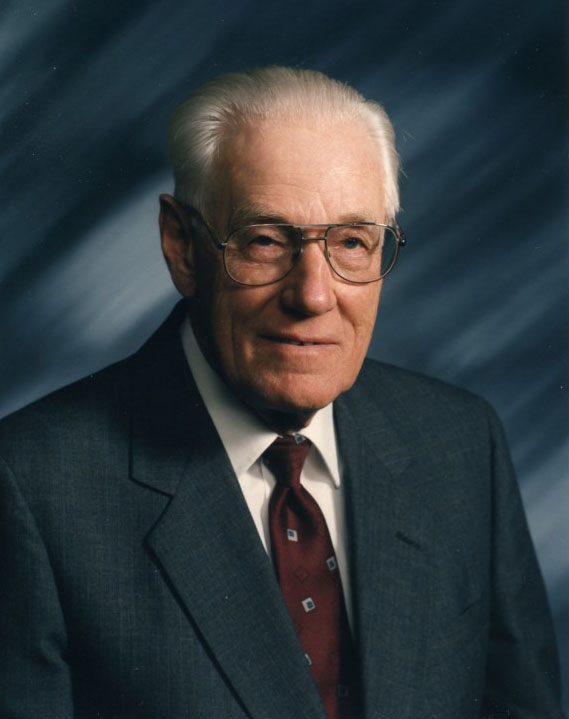 lives locally and around the globe.

Gary was born on September 29, 1918, in Pella, Iowa, to Jacob and Anna. He married Matilda Van Gorp in 1941 and in 1953, they set up their home on a nearby 120-acre plot of land. Their farming and business endeavors expanded throughout their marriage as they raised their family of Stanley, Mary, and Robert.

In 1948, five years after he invented a mechanical wagon hoist to unload corn with more ease, Gary and a cousin first opened the doors of Vermeer Manufacturing Company. Through the years, the company grew into an international organization, spanning nearly every continent. It grew to comprise approximately 600 independently owned industrial and agricultural equipment dealership locations worldwide.

Gary made several contributions to the agricultural industry and focused on ways of laying tile and draining farm fields. That launched Vermeer into the world of trenching products. Gary was a strong supporter of pursuing trenchless drilling methods and markets that were new to the industry. By the early 1990s, horizontal directional drilling was the company’s leading product line and is a mainstay of Vermeer equipment offerings today. Gary’s desire to find a better and more efficient way of doing things paved the way for Vermeer to eventually enter and become a leader in a variety of markets, including environmental, underground installation, specialty excavation, and others.

In 1958, Gary established the Vermeer Charitable Foundation by setting aside a portion of his company’s profits to alleviate poverty, make strides in education, emphasize health, and, spread the influence of his deeply rooted faith. The foundation’s reach extends throughout the world, sponsoring scholarship programs, providing disaster relief, building hospitals and recreational opportunities, and championing environmental causes.