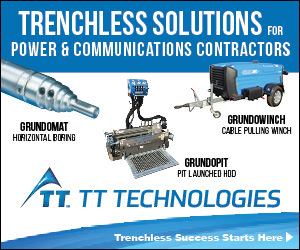 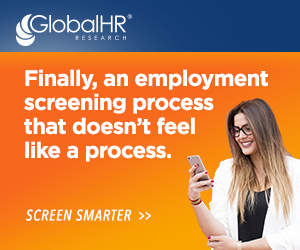 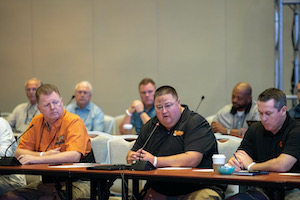 At PCCA's Construction Industry Roundtable during the recent convention, Steve Sellenriek, Sellenriek Construction, updated his fellow members on the work of the FCC's Broadband Deployment Advisory Committee (BDAC). Steve is a PCCA Past Chairman and chairman of the PCCA Education & Research Foundation, and he serves on the Board of Regents at the State Technical College of Missouri. Last July, he was appointed to the BDAC's Job Skills Working Group, which is charged with exploring ways to improve job skills training and development opportunities for the broadband infrastructure deployment workforce and to make those opportunities more widely available.

More on the BDAC:

Eben Wyman on the BDAC in the Q3 PCCA Journal:

In January 2017, the FCC announced the formation of a new federal advisory committee, the Broadband Deployment Advisory Committee (BDAC), to provide advice and recommendations on how to accelerate broadband deployment by reducing and/or removing regulatory barriers to infrastructure investment. According to the FCC, the BDAC was “intended to provide an effective means for stakeholders with interests in this area to exchange ideas and develop recommendations for the commission, which will in turn enhance the commission's ability to carry out its statutory responsibility to encourage broadband deployment to all Americans.” Several working committees were established to discuss and initially draft much of the material voted on by the full BDAC.

When the 2017 announcement was made, PCCA submitted a nomination of a strong PCCA member engaged in several utility markets and a solid track record of performance while deploying broadband for variety of carriers across the country. The case for including a PCCA contractor on the new advisory committee was clear: if BDAC and its working committees will be talking about deploying broadband, they will be addressing a range of construction issues, and virtually all of broadband construction is contracted out. Therefore, it would behoove the FCC and the BDAC to appoint a PCCA contractor to the new advisory committee. Unfortunately, the FCC ignored PCCA’s advice, and the BDAC was established with no construction entity on the full committee.

Following several BDAC discussions of controversial issues related to broadband construction, such as whether and how “one-touch make-ready” policy should be addressed, FCC conceded that the lack of a construction presence was a mistake. In March, FCC re-chartered the BDAC for an additional two years, and three new working committees are being established:

Following a recent FCC visit, PCCA nominated Past President Steve Sellenriek of Sellenriek Construction to serve on BDAC’s Job Skills Working Group, which will provide “advice and recommendations to the commission and other stakeholders on ways to make more widely available and improve job skills training and development opportunities for the broadband infrastructure deployment workforce.”

Sellenriek is chairman of the PCCA Education & Research Foundation and serves on the Board of Regents at the State Technical College of Missouri (State Tech). PCCA’s submission also provided considerable information about current efforts by Sellenriek Construction to train and prepare new workers in the broadband construction industry, focusing on the company’s partnership with State Tech to develop a Utility Systems Technician program. The program prepares students with a broad set of skills for careers with utility contractors and public utilities.

On July 1, Sellenriek was appointed to the BDAC’s Job Skills Working Group, and PCCA thanks Steve and Sellenriek Construction for their efforts. We’re proud Steve will be representing PCCA in the second chapter of the committee’s work, and we look forward to supporting his efforts while serving on the BDAC.